You are here:
Menu 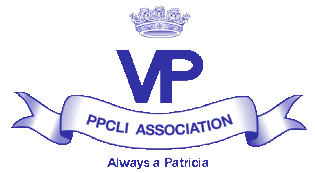 No one knows for sure when Patricia’s started to gather in informal groups but we do know that it started shortly after the first men were wounded. Because the Regiment was so closely knit they sought each other out in hospital. Rank was not important but being a brother Patricia meant the world. We do know that at Cooden Camp in England the Patricia’s started a newsletter at the Cooden Camp hospital covering the whereabouts of men in hospital, sent home and those still at the front.

Men who where sent home to Canada and released because of their wounds corresponded with those still at the front and those in hospitals. Once home they sought their comrades, forming loose groups that met on a regular bases discussing the war, their wounds and how best to try and fit into the regular world again.

They did not forget those still in conflict and kept touch by letter and what they could find in the papers. Soon after a dress code was in effect to distinguish Patricia’s from other veteran groups, Blazer and tie, an arm band worn on the right sleeve and a beret with a Patricia crest, this was followed by a formal name, “The Princess Patricia’s Canadian Light Infantry Service Club”.

Over 5000 men served in the Regiment during those first five years. The Patricia veterans were in Ottawa to welcome the Regiment home 19thMarch 1919.

Soon Branches of Patricia Clubs where formed across Canada. The first annual banquet of the Saskatchewan Branch was held on January 6th1920.

Members of the Patricia Club opened their homes to serving Patricia’s passing through on leave or on course. And job offers where there for those who sought retirement or release from the service.

A keen interest was held by the members in the training and equipment of the Regiment and its members.

With the out break of World War Two the Patricia Clubs saw the Regiment off to war including sons of First World War Patricia’s who now worn the red and white shoulder flash of the Regiment.

In Windsor Ontario on August 31st1942 the Patricia Clubs became more official instituting an official uniform for the Association, and in order to raise funds for the war effort and the Regiment to helping to provide better aid to wounded Patricia’s returning home.

As the Regiment has always said that we are a family which does include wives and children the wives took a very active part in supplying comforts for the boys overseas. By 1945 the six Branches of the Wives Club raised $27886.75, 1625,00 cigarettes, and 38397 knitted articles for the troops over seas. With the Esquimalt and Winnipeg Branches sending many more items as well.

Both the Patricia Clubs and Wives Clubs continued long after the war. Finally in 1947 the Founder of the Regiment organized all clubs relating to the Regiment and formed the P.P.C.L.I. Association. At 11:00 O’clock, on the 24thof October 1947, at Calgary Alberta. Major MacDougald representing the Regiment fully agreed stating that a closer bond between the Regiment and the Association would be welcomed.

The Association has and continues to be a large part of the Regimental family wither in peace time or in war, the serving and retired family stays very close.

On the first of September 1953 the Princess Patricia’s Canadian Light Infantry Association was incorporated and remains so to this day.

The Association has kept abreast of changing times, sending coffee to the Regiment in the former Yugoslavia, the Volunteer Patricia Program in each branch. The program was started to assist those returning to civilian life, and those with PTSD. Operation Small Pack was started to support those who were injured and sent to Germany. Each small pack contained the basics required for personal grooming and clothing. . The Association sent money to the families left behind for children’s Christmas parties. In 2008 the Association was presented The Canadian Forces Medallion for distinguished service in support of the Regiment and the Canadian Forces. The Association also offers bursaries’ to all members of the Regiment and their families.

All serving members are welcome to any branch meeting across Canada, and are more than welcome to join while serving or after release. This includes all trades who have been attached to the Regiment.