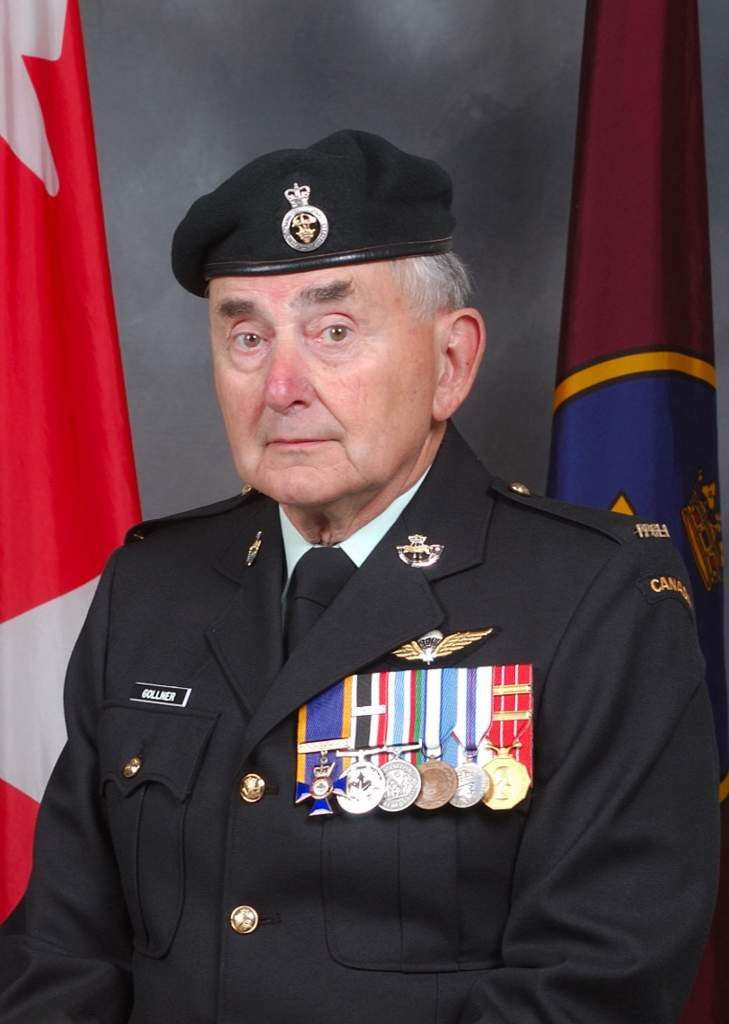 BGen Gollner joined the PPCLI in 1956 as a soldier; he became an NCO in 1957, was selected to become an officer cadet in 1958, and was commissioned and posted back to Second Battalion Princess Patricia’s Canadian Light Infantry (2 PPCLI) in 1959. He was then posted to First Battalion (1 PPCLI) and later went to Germany with the battalion. He joined Third Battalion Royal Green Jackets on exchange in the United Kingdom in 1965. He became the General Staff Officer (Operations) Headquarters 3 Canadian Infantry Brigade Group in Gagetown in 1967. BGen Gollner attended the Canadian Army Command and General Staff College in 1968. On graduation, he returned to 2 PPCLI in Germany in 1969. He stayed on in Germany with 3 Canadian Mechanized Commando when 2 PPCLI returned to Winnipeg in 1970. BGen Gollner was posted to the National Defence Headquarters (NDHQ) Directorate of Infantry (DInf) Tactics Section in 1972.

BGen Gollner returned to 2 PPCLI in 1975 as Deputy Commanding Officer, and the following year he became the Commanding Officer (CO). He was posted to NDHQ to the DInf Weapons and Equipment Section in 1978. While in serving in this appointment, he was the elected and served as Chair of the NATO Infantry Panel and NATO Small Arms Commission. BGen Gollner was posted to Army Headquarters in Montreal as Deputy Chief of Staff Operations and Intelligence on promotion in 1981. He then attended the National Defence College in 1982. BGen Gollner became the Director of Infantry in 1983. In this capacity, he served as Army Secretary on both the Military Cooperation Committee and Permanent Joint Board Defence. He was appointed the Chief of Staff and CO Regional Support Staff Pacific in 1985. He was then posted back to NDHQ as Director General Reserves & Cadets in 1987. BGen Gollner commanded Northern Area from 1989 to 1991. He retired in 1993 having completed an in-depth review of the Army Reserves’ combat effectiveness.

Since leaving the Army, BGen Gollner has been actively pursuing his own business interests. He is also an active volunteer. His volunteer activities range from having been Chair of the Victoria Branch of the Alzheimer’s Society of BC, and Chair of the Veterans Affairs Canada/Health Canada Falls Prevention Commission, to being President of the Vancouver Island Branch of the PPCLI Association, Director Volunteer Patricia Programme, and National Vice President of the Canadian Peacekeeping Veteran’s Association.

BGen Gollner married Christine Ann Mackenzie in 1962. They have three grown children and six grandchildren. They share their time between their home in Cobble Hill and their cottage on Denman Island.