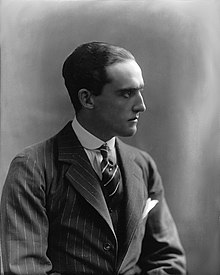 Known as ‘Hammie’, Gault was born in England, the only son of a native of Strabane, Andrew Frederick Gault (1833–1903), of Rokeby in Montreal’s Golden Square Mile; and his wife Louise Sarah Harman (1847–1937), daughter of Henry B. Harman, of Surrey. His middle name, which he used as his first, was for his paternal grandmother’s family, the Hamiltons of Fintra House, near Killybegs, Co. Donegal. His uncles included the Hon. Matthew Hamilton Gault and Sir James Welsh Skelton, and when his father (the Cotton King of Canada) died in 1915, he, his mother and sister inherited just over $1.3 million each.

Gault was educated at Bishop’s College School, Lennoxville, and afterwards at McGill University in preparation for taking science at Oxford University. Instead, he took the opportunity to be commissioned into the 2nd Royal Canadian Dragoons for service in the Boer Wars. He served with distinction in South Africa and returned with the Queen’s Medal and three clasps. Unsuccessful in his attempt to join a British Cavalry regiment, he returned to Montreal as a Captain with the 5th Black Watch (Royal Highland Regiment) of Canada.

At Montreal, Gault took up his duty in business life there. He was appointed by His Majesty the King, Consul-General for Sweden in Canada, 1909–1911; and a member of the council for the Montreal Board of Trade, 1911–1913. Gault was a director of various companies connected to his family including Gault Brothers and Company (wholesale dry goods); Montreal Cotton Company; Van Allen Company; Trent Valley Woolen Company; Crescent Manufacturing Company; and Gault Brothers of Winnipeg and Vancouver.

Although successful, Gault took little interest in business, preferring physical adventure and the military life. He frequently went canoeing and fishing in northern Quebec; he participated in a five-month safari in Africa, shot mountain goats in the Rocky Mountains, and flew his biplane over Europe, northern Africa and the Middle East.