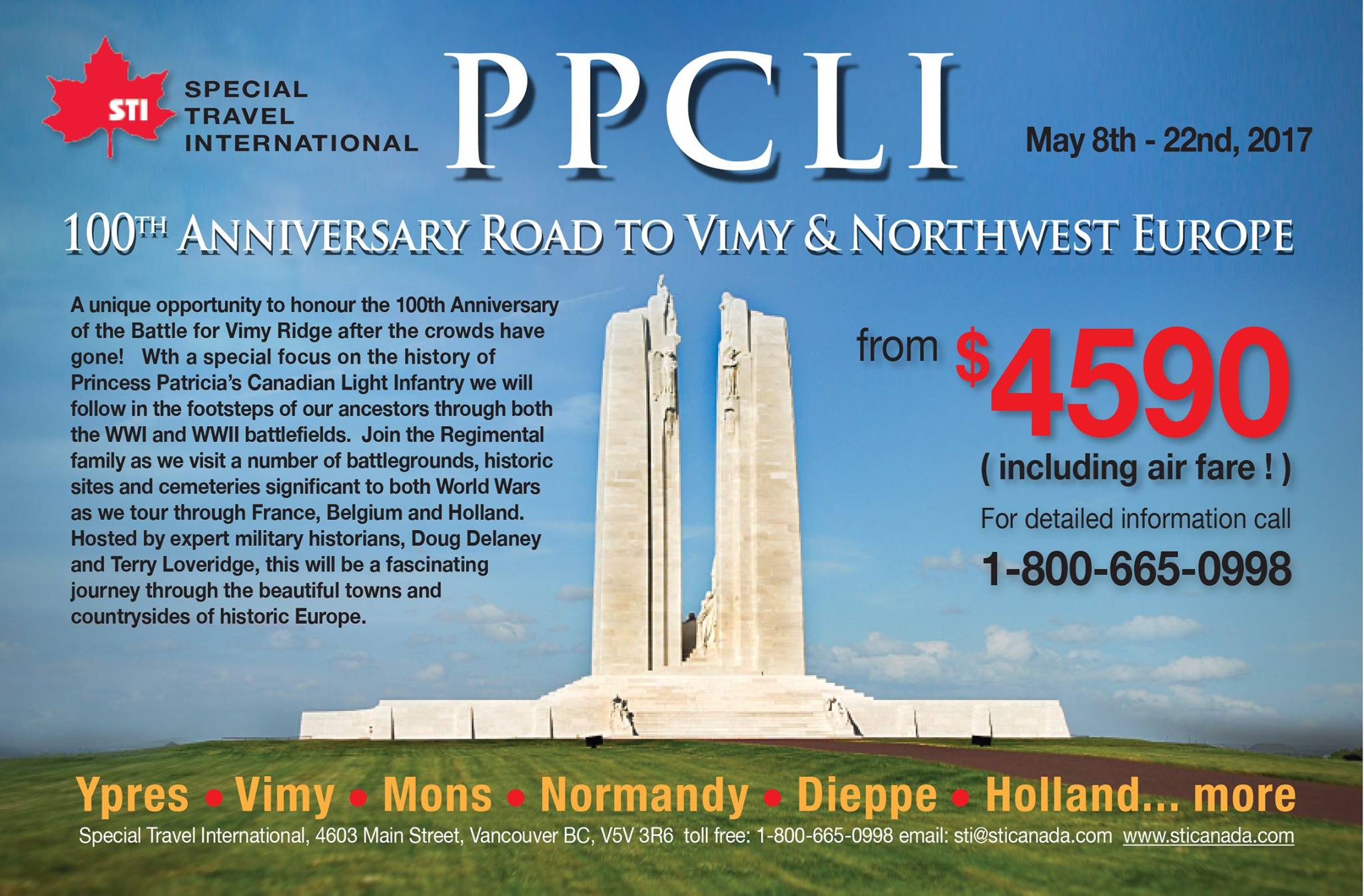 Back by popular demand, historians Doug Delaney and Terry Loveridge will once again lead the PPCLI Regimental family through the battlefields of France and Belgium. During the first week, Terry will guide travellers through the First World War battlefields with a focus on the history of Princess Patricia’s Canadian Light Infantry.

Doug Delaney will join the tour in Dieppe and guide us through the Second World War sites in France with a special emphasis on 1 Can Para in Normandy.

22 – 25 May, 2017 An optional three day tour in Holland will be offered for those wishing to continue to follow Patricia footsteps into the Netherlands at the end of the Second World War.

Bring along a friend, spouse or partner for an unforgettable experience. This tour will book quickly so don’t delay!

Price from $4590 including air, accommodations, meals depending on city of departure
PLEASE INDICATE INTEREST BY OCTOBER 1ST, 2017