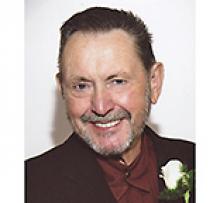 It is with deep sorrow that we announce the passing of our father and husband, Philippe L’Heureux, on July 6, 2019 at Middlechurch Home, at the age of 79. Phil left us peacefully, with loving family by his side,

He was predeceased by his father Joseph and mother Eva.

He is survived by his loving wife of 54 years, Claudette L’Heureux, four children, Eddy (Debra), Brian (Debbie), Christopher (Joanne) and Christine, 11 grandchildren and one great-grandchild.

He will also be sadly missed by his two brothers, Ray (Helen) and Henry, many friends including his lifelong friend Art Belanger (Rose) who was a special person in Phil’s life.
Through the years Phil and his family and friends took many road trips, cruises, vacations south where the trips were as much fun as the destinations. Phil always had a special place in his heart for his brother-in-law Gilbert Gervais and his wife Pauline, along with family and friends who he spent many special, memorable moments throughout the years with.
Phil served in the Army with the P.P.C.L.I. in his younger days and remained a loyal member with both the Legion and Knights of Columbus.

Shortly after leaving the Army he married his sweetheart Claudette and started to work as a sheet metal Tinsmith, he was hired on at CN – at which time he went back to school to get his trades certificate and spent most of his career working for CN and in the sheet metal trade.

His proudest achievement was that of being a wonderful Father and Grandpa.

His never ending generosity, open arms, and friendly smile will be missed.

The family would like to thank the hospital home care team at Middlechurch Care Home for their care and compassion during Dad’s stay and especially in his last days.