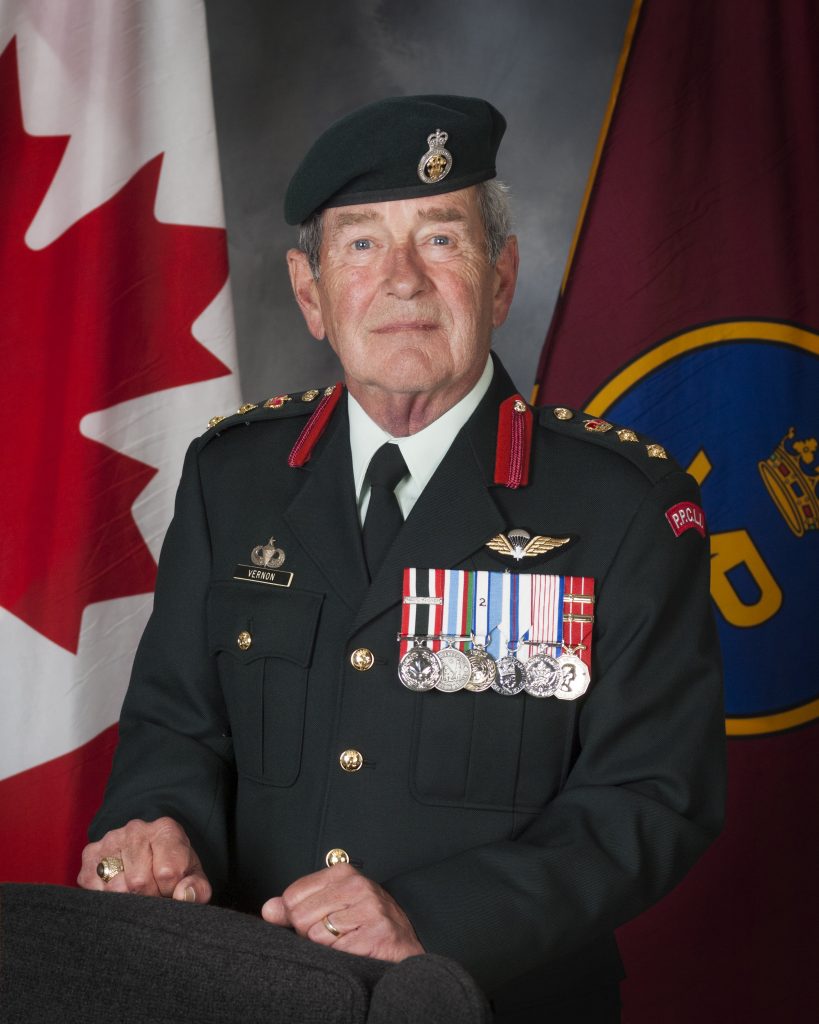 Major-General W.B. (Brian) Vernon and his wife are natives of Windsor, ON. His military service began in 1958 in the Militia as a NCO. While attending university, he was commissioned following courses with the Canadian Officer Training Corps. After a year with Chrysler Corporation as a System Analyst, Major-General Vernon joined the Regular Army as a Direct Entry Officer in 1965.

As an officer in the Black Watch (Royal Highland Regiment of Canada), Major-General Vernon saw regimental duty in Europe, the Middle East and Eastern Canada. After that time, he served principally in operational staff and command roles. The former included appointments as the Operations Officer of the Canadian Airborne Regiment (1973-73), Brigade Major of the Special Service Force (1977-78) and Chief of Staff Land Forces Command (1992-93). He commanded the Second Airborne Command (1975-77) and the Third Battalion Princess Patricia’s Canadian Light Infantry (1979-81). He was the Deputy Commander of 1 CBG (1985-88) and commanded the Brigade from 1989-91. His final command appointment was Area Commander Land Forces Central Area, which he held from 1993 until 1995. He retired from the military in September 1996 after a posting to Ottawa, ON as Chief of Personnel Service.

Major-General Vernon and his wife Jill have three sons; the eldest two, Michael and David, served as captains in Princess Patricia’s Canadian Light Infantry. Michael would go on to serve as the Commanding Officer of the Calgary Highlanders, while David would serve as Commanding Officer of the Royal Westminster Regiment. Upon retirement, Major-General Vernon and his wife moved to the West Coast. The Vernons’ hobbies include sports, history, sketching and other crafts.