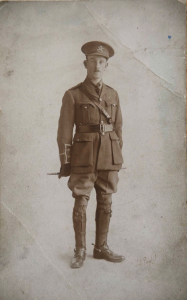 Hugh McKenzie was born in Liverpool, England on 5 December 1885 and came to Canada in 1911. He enlisted in Princess Patricia’s Canadian Light Infantry as a private soldier in August 1914. McKenzie rose to become a company sergeant-major, and in January 1917 was commissioned as a second lieutenant. He received the Distinguished Conduct Medal and the Croix de Guerre from the French government before he transferred from the PPCLI to the Canadian Machine Gun Corps.

On 30 October 1917 near Passchendaele in Belgium, McKenzie was serving with the 7th Canadian Machine Gun Company, leading a section of four machine guns in support of the PPCLI. Seeing that one of the PPCLI companies was hesitating to advance in the face of a nest of German machine guns positioned on commanding ground, he handed over the command of his section to a non-commissioned officer, and went to rally the men of his old regiment. McKenzie organized an attack and captured the enemy position. However, he very soon realized that this position was itself swept by machine gun fire from a nearby German “pillbox” fortification in a dominant location. Faced with this challenge, McKenzie organized parties to capture the pillbox by attacking its flanks as well as by a frontal assault. He was killed while leading the frontal attack.

For his conduct on this occasion, McKenzie was awarded the Victoria Cross posthumously. 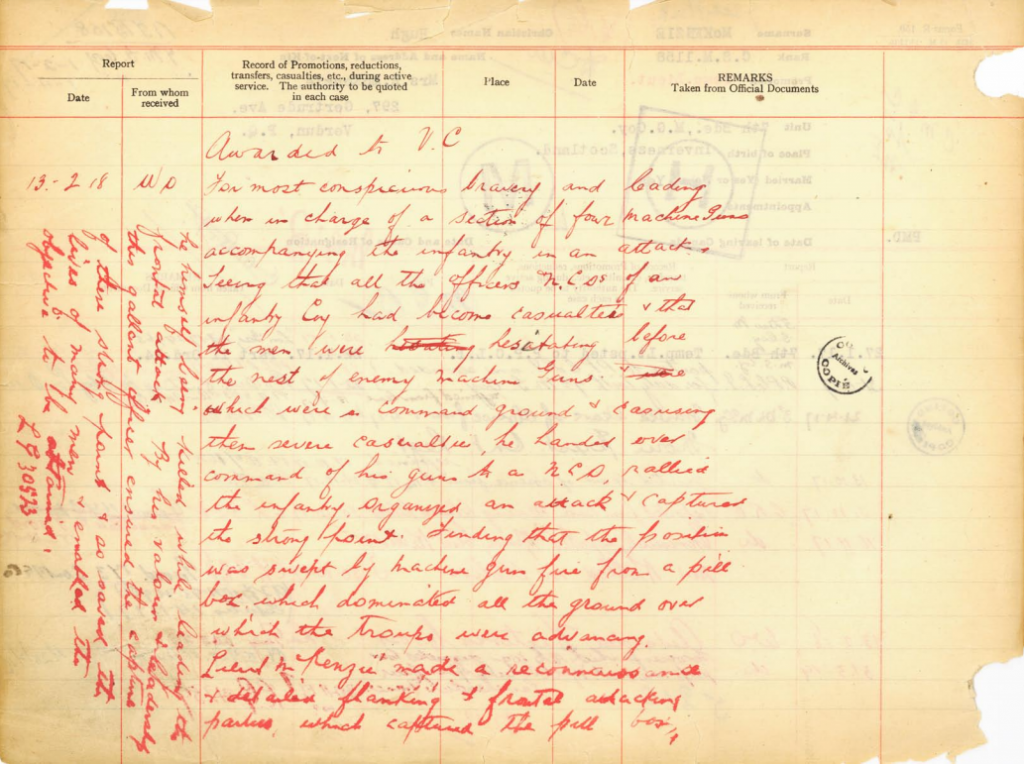 “For most conspicuous bravery and leading when in charge of a section of four machine guns accompanying the infantry in an attack.

Seeing that all the officers and most of the non-commissioned officers of an infantry company had become casualties, and that the men were hesitating before a nest of enemy machine guns, which were on commanding ground and causing them severe casualties, he handed over command of his guns to an N.C.O., rallied the infantry, organised an attack, and captured the strong point.

Finding that the position was swept by machine-gun fire from a ‘pill-box’ which dominated all the ground over which the troops were advancing, Lt. MacKenzie made a reconnaissance and detailed flanking and frontal attacking parties which captured the ‘pill-box,’ he himself being killed while leading the frontal attack.

By his valour and leadership this gallant officer ensured the capture of these strong points and so saved the lives of many men and enabled the objectives to be attained.”