On 15 August 1950, following the invasion of the Republic of Korea (ROK or South Korea) by the Chinese Communist-dominated North Korea, the Second Battalion of the Regiment was formed as part of the Canadian Army Special Force. On the same date, the serving unit was designated First Battalion. The Second Battalion trained at Sarcee (in Calgary), Wainwright and Fort Lewis, USA.

On 25 November 1950 under the command of LCol J.R. Stone, DSO, MC, the battalion sailed from Seattle on the USNS Private Joe P. Martinez bound for Pusan, South Korea. 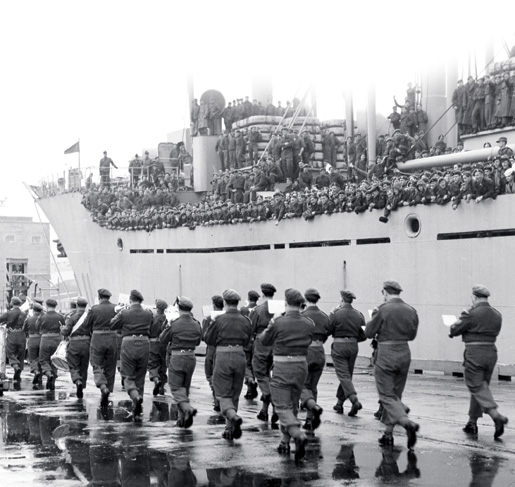 On 30 November 1950, a Third Battalion of the Regiment was formed. This battalion trained in Wainwright, Camp Borden and Ipperwash, Ontario. It provided replacements for both the First and Second Battalions during their tours of duty in Korea.

The Second Battalion arrived in Korea on 8 December and spent the next eight weeks undergoing training in mountain warfare and small unit tactics.

On 22 April 1951, the Chinese began a major offensive against the United Nations Forces. The Chinese immediately broke through the first line of defences, held by the 6th ROK Division. All that stood between the Chinese army and the South Korean capital of Seoul was 2 PPCLI, Third Battalion Royal Australian Regiment and A Company 72nd US Heavy Tank Regiment. All three units were tasked to defend the Kapyong Valley. The Chinese attacked in overwhelming force and eventually managed to push the Australians off their position. Second Battalion was then cut-off but held off the Chinese forces and by doing so saved Seoul and countless UN lives. In recognition of “outstanding heroism and exceptionally meritorious conduct,” a United States Presidential Unit Citation was awarded to Second Battalion, the Australians and the American tank company for their actions at Kapyong on 24-25 April 1951.

Third Battalion relieved the First Battalion in Korea in the fall of 1952 and was occupying Hill 355, “Little Gibraltar,” when the Korean War ended on 27 July 1953. After twelve months on active service, 3 PPCLI was reduced to nil strength on 8 January 1954. The CO, RSM, and selected others transferred to the Second Battalion, Canadian Guards, to form the nucleus of the new unit. Third Battalion would not be reactivated again until April 1970 when the Queen’s Own Rifles of Canada (QOR of C) was reverted to Militia. The QOR of C’s 1st Battalion, based in Victoria, B.C., became 3 PPCLI.