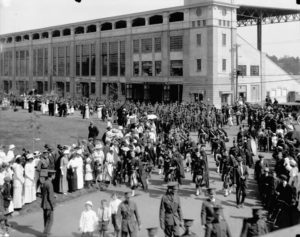 The regiment left Ottawa on August 28th and boarded the SS Megantic in Montreal, Quebec. However, because of enemy action in the Atlantic Ocean, the regiment had to deboard at Lévis, Quebec. 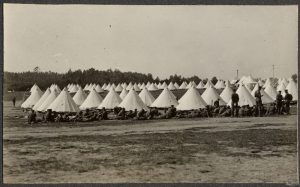 During the period of Training at Lévis, following extensive tests on the Ross rifle, the Patricias issued the first of what would be many damning reports of the suitability of the Ross rifle for combat.