Submitted by Millie Timbers on 5 Feb 2019

Ken enlisted in the Army in Toronto Ontario February 1951. He travelled by train to Calgary for his training at Currie Barracks and later to Wainwright Alberta.

Ken came home to Glen Williams Ontario in September on leave for a couple of weeks then returned to Wainwright.

Ken phoned Mom and Dad on his return to tell them he was being shipped out and would write to them later on. He was on the Marine Adder from October 1st to the 29th when they arrived in Japan. Ken had his 22nd Birthday on board ship.

They had several bad storms crossing and practically everyone was seasick. It was a nasty crossing. They nick named the ship “The Marine Odor” 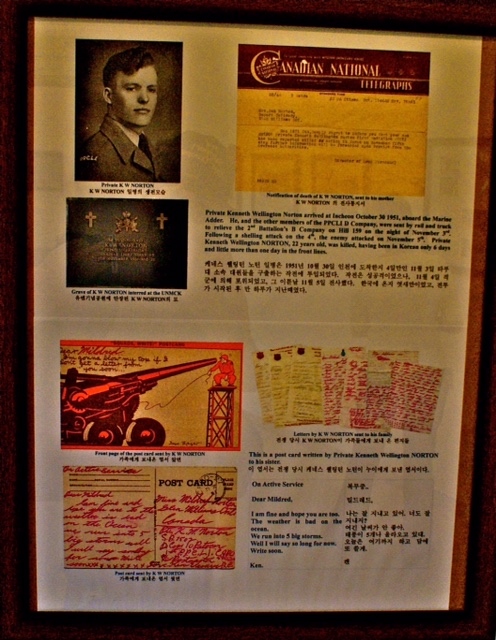 Pte Norton is listed in “The Fallen – Korea” a link to his Canadian Virtual War Memorial page is listed as well.